Former State Controller and former State Treasurer John Chiang said: “As a finance executive with 25 years of experience, an immigrant, and a working mom, Yvonne Yiu has the experience, vision and perspective to be California’s next State Controller. I know Yvonne will fight so that all Californians have the opportunities they deserve to get a good education, live in thriving neighborhoods, and retire with dignity. Yvonne will be a tireless fighter for our state, ensuring our economy not only gets back on track after the pandemic but that it works for everyone. I am proud to endorse Yvonne Yiu for State Controller.” 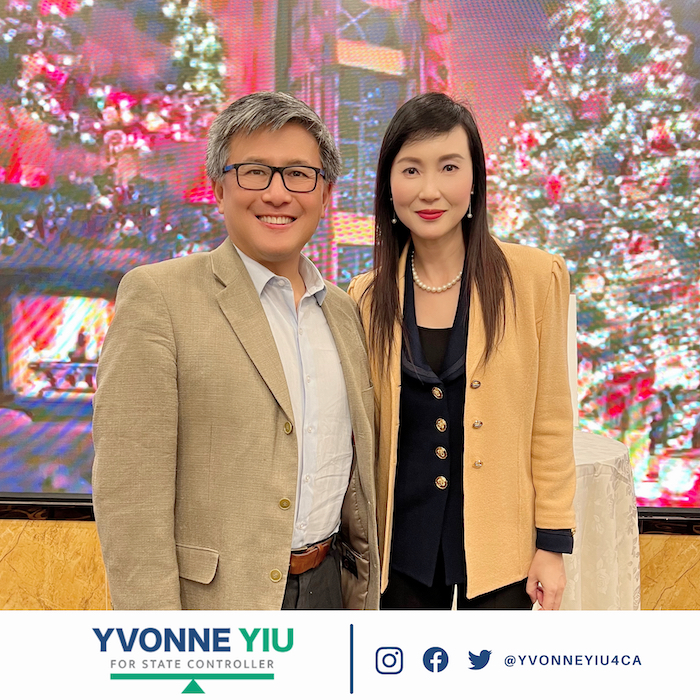 Yvonne Yiu said: “I am incredibly honored to receive the support of one of our state’s most dedicated public servants, John Chiang. John and I share a commitment to ensuring every Californian has the opportunity to create a better future for themselves and their families by providing them with the tools they need to succeed. As California’s next State Controller, I will be an unyielding champion for all Californians, fighting for access to education, financial empowerment, retirement security, and more.”

Yvonne Yiu has over 25 years of experience in finance and is a working mom with twin three-year-old boys and a 20 year old son working as a cancer researcher with the National Institute of Health. If elected, Yvonne would be the first immigrant elected State Controller in California’s history.

A Gala Reception Held in LA in Celebration of Chinese National...

Couple Sentenced to Prison for Harboring and Hiring Undocumented Immigrants