Speaker Pelosi’s recent sudden visit to Taiwan provoked tremendous attention from the international communities and significant impact on US-China relations. As one of the largest Chinese associations in Southern California, the Chinese American Federation (CAF) expressed severe concern and issued an open letter as well as letters to Congresswoman Judy Chu and Congressman Ted Lieu, hoping that they would express their views to Congress from the perspective of safeguarding the sound development of US-China relations and protecting the interests of Chinese in the United States.

The CAF issued an open letter expressing concern on Speaker Pelosi’s visit to Taiwan. The views are as follows: 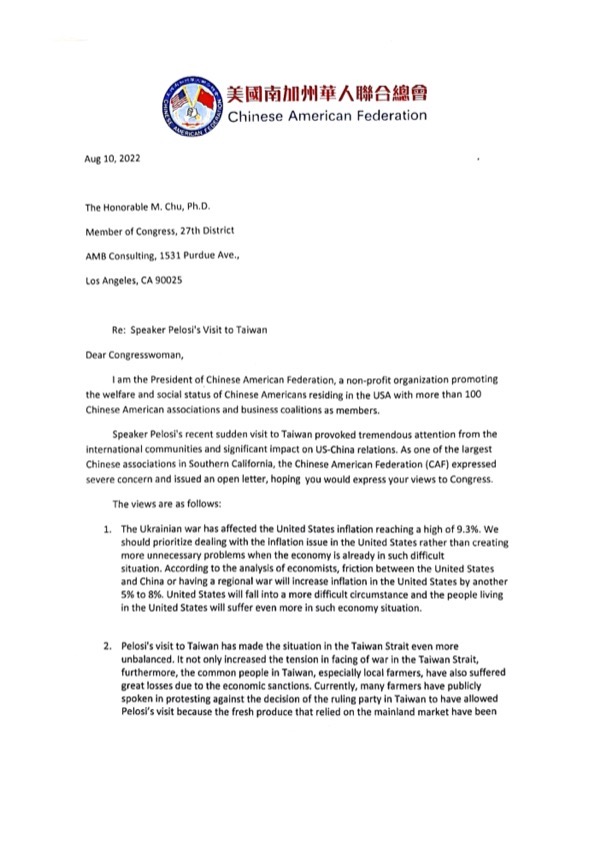 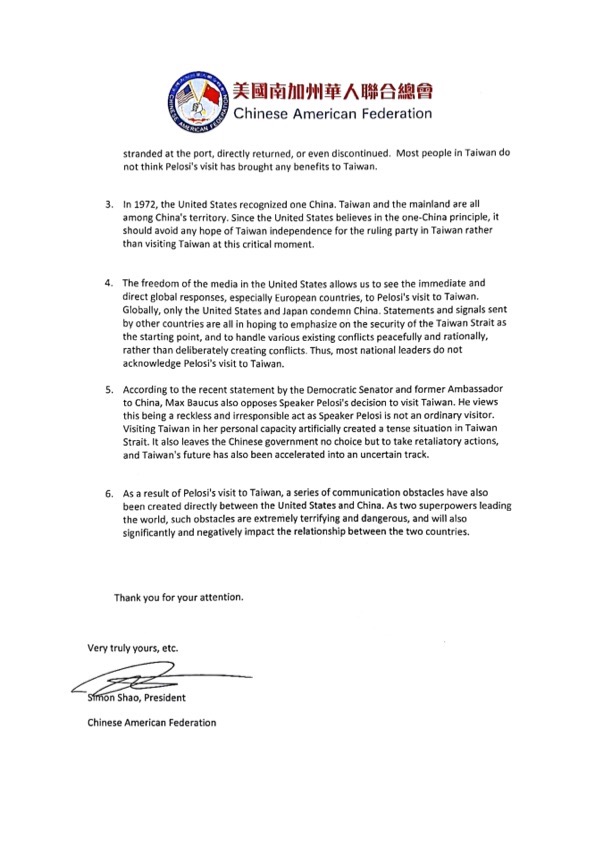 ICE Arrests over 450 on Federal Immigration Charges during Operation ‘Safe...