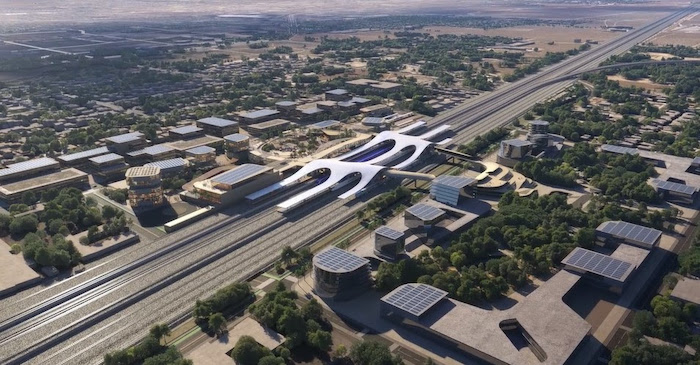 The new High Desert Corridor Joint Powers Agency (JPA) is the successor agency to the long-running High Desert Corridor Joint Powers Authority, which dissolved on July 1 of this year, and will facilitate the identification of critical funding and the continued planning, development, and construction of the High Desert Multipurpose Corridor project – the first phase of which will connect high desert cities in Los Angeles and San Bernardino Counties through a new high-speed, intercity rail alignment. Metro is the sixth and final agency to approve its membership in the new JPA, joining the County of Los Angeles and the cities of Adelanto, Victorville, Lancaster, and Palmdale.

“The new High Desert Corridor Joint Powers Agency maintains our commitment to our federal, state, tribal, and private sector partners and stakeholders, as well as the voters of Los Angeles County who approved this as a priority project under Measure M,” Supervisor Kathryn Barger said. “This is a transformative project for our High Desert communities. I greatly appreciate our partners on both sides of the county line for their commitment to ensure that a collective vision is ultimately realized. My thanks to executive director Arthur Sohikian for all his efforts and engagement to get us to this day and to Metro Chair Ara Najarian for his support.”

“I am proud to work with Supervisor Barger and LA Metro and the cities of Palmdale and Lancaster to join the new High Desert Corridor Joint Powers Agency to bring meaningful mobility options to the high desert cities in both Los Angeles and San Bernardino Counties through a high speed rail line,” Metro Chair Ara Najarian said.

The 54-mile-high speed rail project is part of a larger vision to connect Los Angeles to Las Vegas and will provide a vital new transportation mode for some of the fastest growing areas in Southern California, increase access to affordable housing stock, spur significant job creation and economic development, help the State achieve its climate goals, and invest significantly in Equity Focus Communities which comprise most of the project’s alignment.

The project is currently undergoing federal environmental clearance with the Federal Railroad Administration. Metro is also leading a Service Development & Funding Plan, in partnership with the California State Transportation Agency and Brightline West, which is anticipated to be released this Fall.

USCIS Updates Guidance for O-1 Petitions with a Focus on STEM...